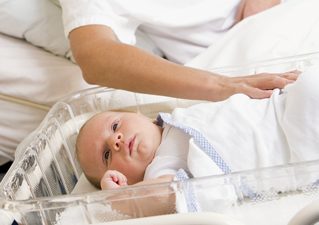 Here are some signs of postpartum. How to handle them?

Just as your body during pregnancy had to make adjustments to receive the new being, after childbirth there are also changes and care to take into account for a proper return to normal.

During the first seven days after birth there is bleeding, but an exaggerated increase may be a sign of placental remnants or placental membranes. Also many women feel that the belly has not gone down enough, which is because the uterus only decreases by one centimeter per day.

Breastfeeding has a close relationship with decreased bleeding and adequate involution of the uterus. It has been found that in mothers who breastfeed more frequently the uterus recedes quickly and vaginal bleeding becomes smaller, and they lose weight much faster compared to those who do not breastfeed.

Postpartum women may experience mild pain in surgical scars by caesarean section or episiotomy, but such wounds can not be reddened or have yellowish or grayish secretions that mimic pus because they would be warning signs.

When breastfeeding can occur the disorders, which are mild and moderate contractions of menstrual cramps, due to the release of the oxytocin by the exit of the milk to the suction of the baby, which contracts the uterus.

It is a temporary sensation produced by the bladder catheter, especially in women with caesarean section. To avoid further complications, it is recommended not to leave the catheter more than eight hours after the intervention, to consume abundant water or liquid and to watch that the persistence is not more than four days after the delivery.

Due to the changes in circulatory redistribution in the postpartum period, sometimes you can get more sweating and swelling in the feet. These are temporary symptoms that can improve with good hydration and a fresh environment.

When this alarm signal is accompanied by foul odors in the bleeding it is necessary to rule out an infection with the doctor.

Fever may also occur when there is mastitis and the symptoms are severe chills, redness of the breast, discharge of purulent secretion from the nipple, and swelling-like lesion (hardening).