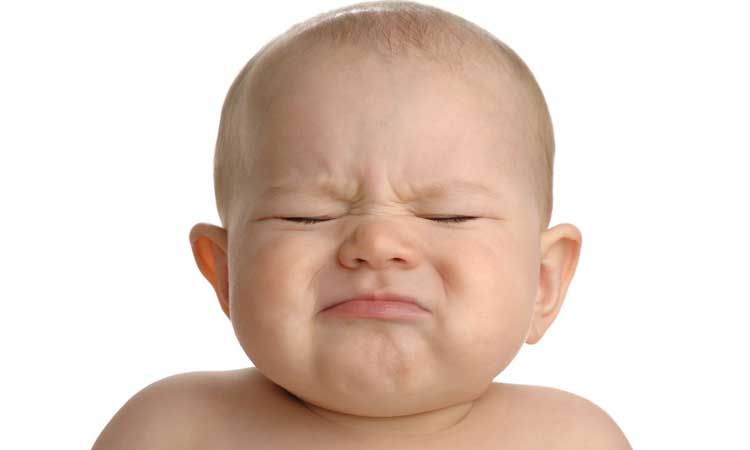 Since your child is born, his bowel rhythm is established in his digestive system. Therefore, there should be no cause for alarm that a baby who takes breast milk will only have one bowel movement every five or six days without constipation, or six or eight bowel movements a day without diarrhea.

Many parents come to the pediatrician with the belief that their children, sometimes less than three months old, are constipated and need suppositories, enemas, or laxatives, when the usual physiological slowness of the still immature intestine is simply present. Then, they resort to practices not advisable like giving the baby ague of anise or plum, which can be counterproductive for its normal development.

From birth to the first two to three years, the baby’s intestine is populated with bacteria that make up the intestinal flora and are a normal part of development, as they will perform valuable functions, such as processing undigested waste Along the digestive tract.

Different agents influence the formation of flora, some are not manageable, for example, the genetics and habits of the culture to which one belongs. There are other factors that are manipulable and significant such as food, environment and hygiene.

After the year of life, the child has a varied diet that increases in quality and quantity as it grows. Within that diversity of foods, they include products that lack nutritional value such as ‘junk food’ or galguerías, which draw more attention to the flavors and colors. Thus, changes in diet are accompanied by alterations and bad eating habits that can lead to digestive disorders, such as constipation.

Your child’s diet should include: vegetables, fruits, legumes, or legumes. Daily at least two of the vegetable and fruit servings should be raw and well washed.

Fiber acts as a sponge that absorbs water and liquids in its path, improving the evacuation rate. Foods rich in fiber should always be accompanied by liquids; Otherwise, they hinder intestinal transit instead of improving it, causing the water to escape from the intestinal walls, drying them and causing constipation.

That is why it is important to promote healthy eating habits. This is the most direct way to perpetuate a correct evacuation rate, therefore, a quality life.