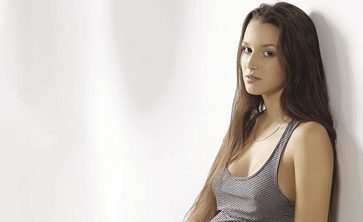 Some recommendations that will help to make the discomfort in pregnancy more bearable.

The discomfort in pregnancy is due to the hormones and are more frequent when you wake up in the morning. Nausea occurs in 90% of pregnant women and vomiting in 25% to 55% of them.

Excessive vomiting is associated with the production of progesterone especially, increased by psychic and social disturbances, multiple pregnancies or abortion stories. This symptomatology is greater during weeks 10 and 15, but tends to improve after week 20.

To do this, it is advisable to divide the food in smaller quantities and more frequently – try to eat five to six times a day in small portions – avoid fried and highly seasoned foods, do not drink so much liquid at the same time with meals and increase the Consumption of carbohydrates. Fasting soda crackers and ginger tea or soda help reduce nausea.

Other symptoms associated with discomfort in pregnancy are dizziness, excessive salivation and increased sense of smell, which becomes uncomfortable because daily odors such as perfume, tobacco and even the smell of the couple become unbearable.

Cravings and discomfort in pregnancy?

Cravings are more a pursuit of complacency than a physiological reaction. There is no scientific basis for determining the reasons for pregnant women who are particularly attracted to some foods, let alone when this happens in the future father.

The consumption of sweets and carbohydrates quickly becomes energy for the little ones, whose movements are interpreted as satisfaction, but it is not so.

Both your health and your baby depend heavily on food. There are healthy habits that help you to easily digest, to quench anxiety and do not cause discomfort.

Physiologically, the baby recognizes flavors that are impregnated in the placenta only until after the 30th week, so there is no scientific proof that prompts the mother to consume something in particular.