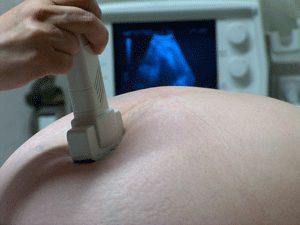 Everything you need to know about ultrasound in pregnancy. *

The ultrasound since its appearance in the field of medical diagnosis has opened new possibilities in the different branches of medicine, but it is in Obstetrics and Gynecology where it has been fundamental especially in the control of pregnancy, where not only has allowed us to see the Fetus within the uterus, but to appreciate its different structures to rule out abnormalities, to know its fetal well-being, that is to say that it is well oxygenated and developing properly, to know the location of the placenta and the volume of the amniotic fluid. But now thanks to advances in better resolution of the equipment and the contribution of color Doppler can predict the risk of Trisomy 21 or Down syndrome with a 95% probability at a very early gestational age, such as between 11 and 14 weeks of gestation.

For you to know this and many more details, here we answer the most frequently asked questions we hear.

Since when is the embryo detected?

Although the gestational sac can be seen from 4 weeks and a half transvaginally, the embryo is only seen between 5 and 6 weeks of gestation. We calculate for the weeks we counted from the first day of the last menstruation, so we are talking about about a month and a half. The beats are clearly noticeable from 6 weeks.

Ultrasound uses sound waves imperceptible to the human ear. In more than 40 years of use no harm has been attributed to the embryo or fetus, even more so the ultrasound scanners are calibrated to not exceed certain safety limits. Therefore the use of ultrasound during pregnancy is very safe.

How many ultrasounds should be performed in pregnancy?

The number of ultrasounds in pregnancy can vary according to whether the pregnancy is normal or some complications occur or some ultrasound in pregnancy show some alteration that requires a greater number of controls. In a normal pregnancy, at least three ultrasounds are used: one between 11 and 14 weeks for the screening of chromosomal abnormalities, especially Trisomy 21 or Down’s Syndrome, another morphological call between 18 and 24 weeks, which allows us to appreciate if There are structural malformations, to know if there is risk of pre-eclampsia and eclampsia, or of preterm birth.

A last to third trimester near 8 months to see the final placental location, the volume of amniotic fluid and if there is any alteration in the development and growth of the fetus. When there is a history of previous losses, ectopic pregnancy or a valuable pregnancy as in the case of in vitro fertilization, an ultrasound can be done in the first weeks of gestation to see if the normal structures are forming in the sequence And in the right time. With the widespread use of ultrasound, many obstetrician doctors have an ultrasound scan in their office and usually perform a test at each control visit.

What is nuchal translucency?

Nuchal translucency is an ultrasound marker of aneuploidies (chromosomal abnormalities), which is sought in the screening test between 11 and 14 weeks. It is an accumulation of fluid that lies between the skin and the subcutaneous cellular tissue at the level of the nape of the fetus. This can be measured and those above 2.5 millimeters would be at increased risk of trisomy 21 (Down Syndrome), 18 or 13. Six sonographic markers are currently used: nuchal translucency, heart rate, presence or absence of bone Nasal, maxillofacial angle, tricuspid reflux, and Venous Ductus. All of these allow us to now have a prediction of Down’s syndrome risk of 95%.

When will I know if it’s a boy or a girl?

In some cases it is possible to detect it at three months of gestation, as long as the fetus is in an adequate position. But usually in the so-called morphological ultrasound between 18 and 24 weeks is possible, although sometimes in case of being a girl could be on a next ultrasound either because the position or the amount of amniotic fluid does not facilitate it in that moment.

Are there any non-detectable abnormalities on ultrasound scans in pregnancy?

Although ultrasound between 18 and 20 weeks can detect a high percentage of abnormalities in the organs, it could happen that some are not noticed, because many abnormalities do not appear or are not so visible until later in gestation. However with today’s high resolution and 3D equipments an experienced sonographer can.

Becoming suspicious of any of them and the patient is summoned a few weeks later to confirm it.

* Written by Ecco Diagnostico School of Ultrasound, taken from the Peruvian Society of Obstetrics and Gynecology.