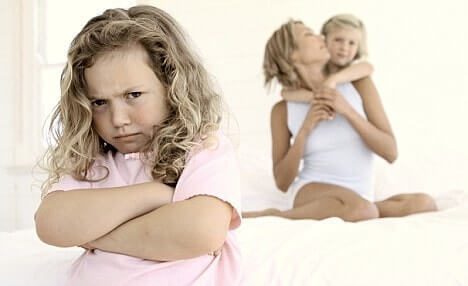 The jealousy of the children when a new brother is on the way is a normal reaction.

They constitute an affective state characterized by the fear of losing or seeing reduced love of other members of the family, especially the mother.

Jealous children may have a variety of symptoms, such as regression to overdue stages (re-bedding, asking for food), emotional or physical disturbances (mood swings, aggression, falling asleep, pains, poor appetite ), Which are not always easily recognizable as jealousy and occur more frequently after the birth of the new sibling.

Before these symptoms, you have to understand your child without blaming it and without compensating it with gifts or signs of affection different from the usual ones. You must accompany him, always assuring him with the attitude that is dear, that love will not diminish and that the new brother will not take the position.

Jealousy can be largely prevented if you inform your child about the new member of the family, making him / her part of the name, part, clothing, and changes in the family routine.

It is advisable to listen to the heartbeat of the new sibling or to feel the kicks that it gives when moving, as well as to show you pictures of the time when it was in ‘the belly’ of the mother.