Inicio > My baby moves a lot

My baby moves a lot 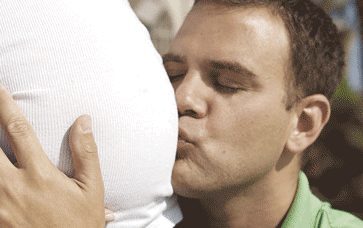 Is it good when mothers say “my baby moves a lot”. Failure to do so may be a warning signal. How to monitor it?

Fetal movements appear very early in the embryo, around week 7 or 8, but are imperceptible by the mother until at least 20 weeks have passed, since there is sufficient quantity of fluid in the uterus that allows the fetus Can move freely and thus facilitate its development.

The movements that you perceive before probably correspond to bowel movements that feel more like the displacement of the intestine by the growing uterus.

If you ask yourself: does my baby move a lot? You can identify more movements of your baby by lying on your left side and after meals. The fetus has phases of sleep and its movements are not usually perceived for periods less than two hours; Are also less perceived among the more active.

Your baby may experience episodes of hiccups, which are felt by their rhythmic and abrupt movements, arising as a result of the maturation process of respiratory movements and their presence during pregnancy is considered normal.

Does my baby move a lot or a little?

The number of movements is usually associated with the well-being of the fetus and should not be a sign of alarm that moves more or more than normal, on the contrary, this indicates that it is usually in better conditions than one with diminished movements. That’s why it’s so good if you say “my baby moves a lot”.

It is to be considered that each baby has its own personality, identity and its own pattern of movements, and that in each pregnancy and with each fetus, different characteristics and frequency can be perceived.

The movements can be counted lying on the left side one hour after the meals, being normal that the baby moves at least ten times; If you perceive between five and ten movements, you should monitor it after the next meal, and if you do not feel it move or move less than five times, it is advisable to consult your doctor, to define if you need additional tests to check that everything is all right.