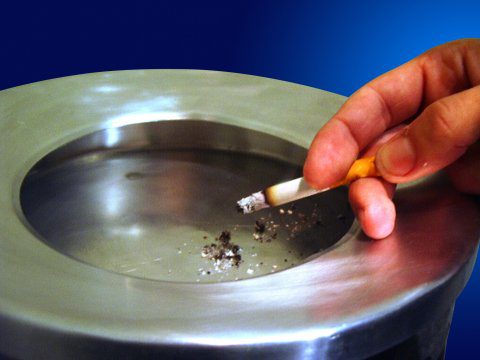 The exposure of non-smokers to environmental tobacco smoke (HAT) is called “passive smoking”. This smoke is composed of the mixture of smoke that is released from the lit cigarette and the smoke exhaled by the person who smokes.

HAT contains more than 4,000 chemicals that are irritants (cyanide, sulfur dioxide, carbon monoxide, ammonia and formaldehyde, among others). It also contains substances that produce cancer (arsenic, chromium, nitrosamines and benzo (a) pyrene, among others).

In 1992, the US Environmental Protection Agency classified HAT as a Class A carcinogen. These types of cancer-causing substances are the most harmful because they do not have a minimum level of exposure that is safe for health. Since the 1970s, involuntary exposure to HAT has been known to be a risk factor for several diseases. In 1986 the experts concluded that exposure to HAT is preventable cause of illness and death in both smokers and non-smokers. Involuntary exposure to HAT is associated with respiratory complications; Different types of cancer, mainly lung and cardiovascular disease in adults.

In 1999, the World Health Organization (WHO) convened experts from different countries to assess the consequences of involuntary exposure to HAT in children. It was concluded that HAT is a threat to the health of children as it is associated with an increased risk of being born with low weight, decreased lung function, respiratory infections, cough and whistles, worsening of asthma, otitis and Syndrome of sudden infant death.

Subsequent studies have shown that exposure to HAT during pregnancy is associated with some congenital malformations (cleft lip and cleft palate) and that nicotine passes through breast milk. Children of parent smokers are more likely to be addicted to nicotine in adolescence, higher frequency of caries, food allergy, skin problems, and increased frequency of cancer in adulthood. They also present with greater frequency problems of behavior, hyperactivity syndrome, attention deficit and lower school performance. On the other hand, they are six times more absent from school than children of nonsmokers and need medical attention more often.

What can smoking parents do?

The best thing parents can do for their children’s health is to quit smoking.

If parents are not yet ready to quit, there are very simple measures that help decrease the risk of HAT exposure for all family members (including pets!).

Opening windows is NOT enough, as the toxic substances in the cigarette remain several days in the room even if the windows open … It would take a fan with the force of a hurricane to eliminate all the harmful particles that smoke has.