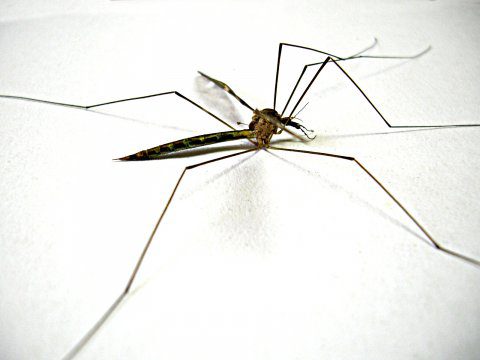 Dengue fever is a mosquito-borne viral disease characterized by flu-like symptoms with a high fever, severe joint and muscle pain, and severe headache without nasal congestion, and in some cases can lead to severe illness With bleeding.

There are four types of dengue virus. The first time a person is infected by any of these 4 viruses, he acquires dengue. You will never get dengue again from the same virus but if the person is bitten again by a mosquito carrying one of the three remaining viruses, he may again suffer from dengue.

How does spreads the disease?

Dengue is transmitted only by the bite of some species of Aedes mosquitoes, mainly Aedes aegypti. That mosquito can sting at any time of day and night.

When the mosquito feeds on the blood of a person suffering from dengue fever and then it stings other people, it transmits this disease. The contagion is only caused by the bite of infected mosquitoes. It is not transmitted directly from one person to another, or through objects, or breast milk.

The mosquito that transmits dengue, develops in household containers that can hold water, such as cans, barrels or tanks, discarded tires, vases, and any other container containing stagnant water.

If you have traveled or live in an area where dengue fever is known and you have a high fever, severe malaise, headache and behind the eyes, and muscle and joint pain, check with the Health Center. They will say if it is possible that it is dengue and what it should do.

Is there any treatment?

There is no specific treatment for the disease, only treatment of symptoms is performed.

That is why it is important to suspect to go to the Health Center, where they will tell the patient the appropriate measures in each case.

Take acetaminophen in case of severe pain or fever. Avoid taking aspirin because it can lead to bleeding.

This disease is basically a problem of home sanitation and environmental education, where family members can eliminate vector hatcheries (mosquitoes) without the use of chemicals. For this, the community must be motivated, trained and supported for Dengue prevention tasks, since environmental treatment actions in public places would not be sufficient to avoid the reproduction of the mosquito without such participation. There is no vaccine to prevent dengue. The best prevention measure for residents living in areas infested with Aedes aegypti is to eliminate the places where the mosquito lays its eggs, mainly the artificial containers that accumulate water.

Items that collect rainwater or are used to store water (eg, plastic containers, buckets, or used car tires) should be covered or disposed of properly. Also, animal and vase troughs should be emptied and cleaned daily; Weed uncultivated land. This will remove mosquito eggs and larvae and reduce the number of mosquitoes in the home.

Safe use of repellents in children

Products containing DEET (N, N-diethyl-m-toluamide) are the most effective repellents against mosquitoes. The American Academy of Pediatrics suggests using repellents with lower concentrations of DEET (30% or less) in children over two months of age; The use of DEET in infants less than two months of age is not recommended. Consult your doctor if your baby needs insect protection.

It is an extract of the terpene derivatives present in different plant species (Ceylon citronella and Java citronella) … The main drawbacks of this compound are its limited effect as a repellent and does not have a lasting action over time.

Use of liquid pyrethrins

Cypermethrin can be used in and outside the house (eg Kaotrin) diluted in water, according to the manufacturer’s indication on the packaging of the product, and to spread it in green spaces or to pass the lampazo once or twice a day, that dispels flies and Mosquitoes and is not toxic to humans and animals.

Place in all rooms where you sleep a tablet, which lasts for 12 hours. (EJ Raid, Fuyi).

Pyrethrins in aerosol (eg Raid House and Garden) can also be used for fumigating inside the home and indoor and outdoor plants. When used indoors, open rooms should be left with mosquito nets for ventilation.