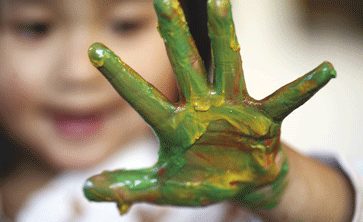 An explosion of energy that can be routed positively.

It begins the preschool stage and the children have a slower physical growth, but some very notorious intellectual, social and emotional advances. From three to six years, the average growth is three to four centimeters per year. The average weight of a Colombian child at age three is approximately 14 kilos.

At this age, the children spend in multiple physical activities and change from one game to another with incredible ease. They run with greater coordination than before and can direct the movement of a ball while doing so. They walk with steps similar to adults, and before they turn four they can easily climb, climb stairs alternating feet, pedal in tricycle and crouch without falling.

It is important to take them frequently to the park, but always keeping a close watch as they are not in a position to self-control or identify the danger, so adult supervision is imperative.

At age two and a half, they handle sequences of various actions and identify three parts of the body. Close to three, they have a vocabulary so fluent that they are understood 75% of what they speak, they make vertical stripes, horizontal or circular, using a crayon or pencil, which they catch properly.

During this period, it is vital to consult the pediatrician for growth and development control, as well as to continue the vaccination schedule, visit the ophthalmologist once a year and the dentist every six months.

As for food, the children must have fully integrated into the family’s meal plan with breakfast, lunch, food, onces and half-nines. From the second year the solid diet becomes more important than the liquid diet and then the calcium previously provided by the breast milk or the bottle can be obtained from milk derivatives such as cheese and yogurt; The milk can be given as a dessert and it is not necessary to give a bottle or excess milk.

In their third year, children are self-centered and concerned exclusively with their own needs; They do not have the ability to put themselves in the shoes of others. That is why they may seem egotistical and egotistical.

The game, as a primary activity, should be promoted by parents sensibly, taking care not to interfere in games not suitable for their age because they can generate huge frustrations that manifest with tantrums. Children are scouts and they are looking for the limits, that being imposed by the parents, taking care of their security, are not of easy acceptance on their part.

You should always reward and encourage good behavior; When you prove that they have been right in a decision between right and wrong, it is convenient to congratulate and encourage them. The rules should be clear and appropriate for the age of your little one, with limits that do not block your thirst for independence to explore the world. And they should be applied by all the adults they share with your child, so it is important that the lists, as well as the daily routines, are reported to the caregivers.