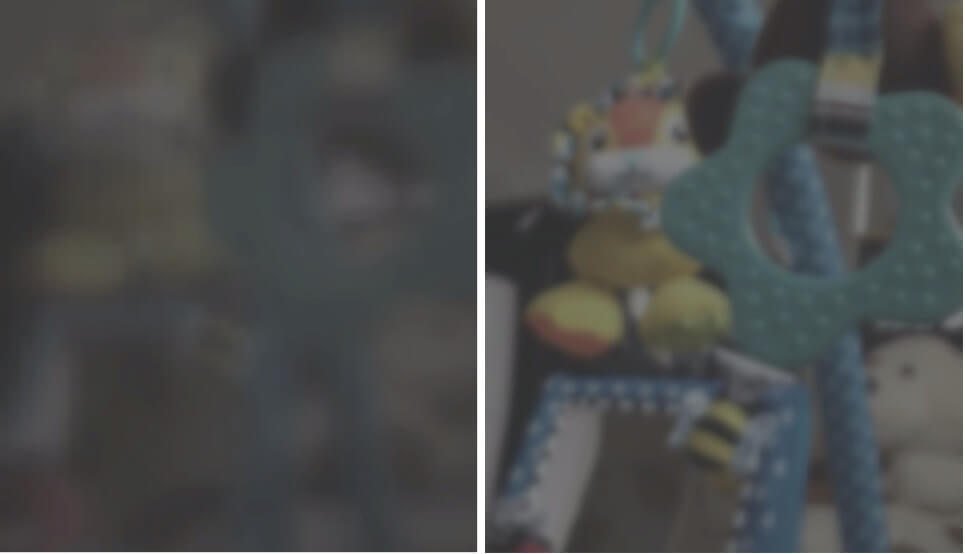 Visual acuity is the ability to distinguish the fine details of an object and find the differences with others. It is very poor at birth, 10% of normal, increases in the first six months to 40% and achieves its full capacity by 10 years.

To distinguish the shape of an object, you must be able to discriminate between the figure and the background even in low light conditions. This capacity develops from ten weeks of age and ends its development at nine years.

The ability to discriminate color serves to distinguish objects: a child is born with cells capable of performing that task, but are small and of little ability. Thus, he distinguishes red from white at two months and thereafter his capacity matures rapidly.

The ability to perceive the movement of objects is one of the most developed at birth. A moving object is noticed more easily than a static object. By three weeks you notice the change of direction of an object and by the age of seven or eight this ability has developed completely.

The information given by the world through vision (shape, size, overlap, movement, simultaneous perception with two eyes, textures) creates the clues to construct the perception of depth. Your baby follows a moving object from three weeks. At three months begins to see with both eyes to the time, capacity that has its main development during the following three months. This stage coincides with bringing eyes to an object close to each other, seeing an object clearly at any distance and keeping eyes without deviation. Many parents observe this phenomenon in their children. Suddenly squinting. It is part of the maturation process of the ability to work with both eyes at the same time. The first six months are the most important in this process. It could almost be said that at that age a baby has the same capacity as an adult.

Making the two eyes go voluntarily to an object is a process that requires coordination in the movement of the eyes. The newborn follows an object that moves slowly, in the form of small jumps. It improves this pattern during the first four months, until being able to track it at the speed of the object.

All these characteristics in the development of the vision are achieved basically in the first years of life. The first six months are crucial. The fact that the eyes seem to be perfect does not mean that they are, and for this and for prevention of any problem, it is of great importance to visit the pediatric ophthalmologist in the first six months of life. The sooner a problem is detected, the easier is the cure.