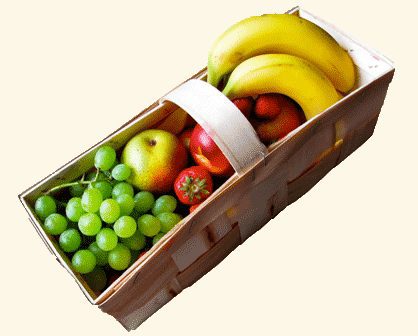 Know what you need about antioxidants and vitamins for pregnancy. *

The critical phases of organs during embryonic development are found before 6-7 weeks. At this stage, it is of great importance that the developing embryo receives the best nutrient supply, in quantity, specificity and quality.

During prenatal care, the professional who cares for the pregnant woman should talk extensively about what should be adequate nutrition, according to their weight, size and physical condition. This counseling should consider the foods that we have in the region and in the locality where the pregnant woman lives, including the possibility of obtaining them and their prices.

It is interesting to know that, according to evidence-based medicine, dietary advice seems to increase energy and protein intake in the pregnant woman, but does not confer greater benefits on the health of the child or the mother. On the other hand, the protein or energy restriction in the overweight pregnant woman or the high gain of weight does not seem to be of benefit and can be harmful to the baby. There is also insufficient evidence to evaluate the use of nutritional therapy when suspected fetal growth is suspected. The studies found in the literature are too few to detect any rare adverse effects.

The vitamins and minerals, known as micronutrients, influence the health of the pregnant woman and the developing fetus. The percentage of requirement is higher in pregnant women and infants compared to non-pregnant women.

In 6 trials (2637 women, compared to placebo), oral magnesium administered as a supplement prior to 25 weeks of pregnancy decreased preterm delivery (OR 0.71, 95% CI 0.52 to 0.95), hospitalization Maternal, antepartum hemorrhage, low weight and small for gestational age. However, there is no evidence that dietary magnesium supplementation is beneficial.

In 7 trials, apart from a possible reduction in labor induction, caesarean section and preterm delivery, no differences were found between the groups of women supplemented with zinc and those with placebo or without zinc during pregnancy. Possible beneficial effects in preterm delivery should be evaluated in other trials.

Iodine supplementation in a population with high levels of endemic cretinism results in a significant decrease in the incidence of the disease, with no apparent adverse effects.

The importance of the intake of vitamins and micronutrients during pregnancy is known, since better products are obtained, fewer complications of pregnancy, less complications of delivery, and a lower incidence of malformations of the newborn.

The lack of vitamins for pregnancy has been associated with congenital abnormalities: defects of the neural tube (spina bifida, anencephaly), obstructive abnormalities of the urinary tract, cardiovascular malformations (septal alterations of ventricles, conotroncales defects -transposition of large vessels, tetralogy of Fallot , Truncus arteriosus), cleft palate and others.

The intake of micronutrients important for erythropoiesis, mainly iron, folates and vitamin C (the most important promoter for Fe absorption), is poor in about 3/4 of the population of the third world. On the other hand, there may be relatively low levels of minerals and vitamins in subgroups of the population that apparently have a diet that could be defined as healthy. Also, pregnant women may have nutritional problems due to hyperemesis gravidarum. Thus, more than 60% of women have suboptimal levels of thiamine, riboflavin, vitamin B6, vitamin A, protein bound to retinol. If vomiting is prolonged, vitamin C, calcium, albumin, hematocrit, hemoglobin increase by dehydration. Finally, under conditions of similar caloric intake, in adolescents, pregnancy causes a greater increase in body weight, greater accumulation of subcutaneous fat, greater retention of postpartum weight, newborns with growth restriction or low birth weight. In subsequent pregnancies of these adolescents, obesity increases and products are smaller.

Under various conditions, our body is exposed to high levels of free radicals and has difficulty controlling these reactions. This is the case in exposure to environmental contaminants, low levels of antioxidants due to food deficiencies or excesses and / or smoking, and inflammatory diseases such as rheumatoid arthritis. Smoking during gestation decreases levels of folic acid, niacin, ascorbic acid and minerals – such as calcium – and is associated with premature rupture of membranes.

A woman who has a lack of vitamins and minerals before pregnancy is difficult to overcome and, at the beginning of the process, the tendency is to become worse. Therefore, screening prior to or early gestation is essential, in order to correct gaps and avoid further complications. Nutritional culture is indispensable in the population of women of childbearing age, this being the best way to avoid the consequences.

Multivitamins and 0.8 mg folic acid from one month before gestation until at least the second month of gestation decrease congenital abnormalities greater than 40.6 / 1000 (placebo) to 20.6 / 1000: neural tube defects, Obstructive abnormalities of the urinary system, cardiovascular malformations – especially ventricular septal defects.

The frequency of neural tube defects (4000 cases / year in US of A) may decrease with the intake of 400 micrograms (0.4 mg) of folic acid per day prior to conception and during early pregnancy. However, the risk reduction may be particular to certain populations, mainly non-Hispanic and women with no higher secondary education.

In 8 trials (5449 women), supplementation with iron or folate elevated or maintained serum iron and ferritin and serum folate and hematuria. The number of women with hemoglobin less than 10 or 10.5 g was reduced at the end of pregnancy. However, there is little data from communities where iron deficiency and folate is common and anemia is a serious health problem.

The Camden study sought the association of nutritional status with low birth weight. He concluded that correction of folic acid deficiency not only significantly reduces the risk of neural tube defects, but also other congenital abnormalities, up to 50%.

Due to the above, information on folates should be made more accessible by health and education systems. Women whose fetuses or infants have neural tube defects will be made aware of the risk of recurrence in a future pregnancy and provide continuous folate supplementation. The benefits and risks of fortifying staple foods, such as flour, with folate, have not yet been resolved.

Although the two trials in Nepal and Indonesia suggested beneficial effects of vitamin A supplementation, further trials are needed to determine whether it can reduce maternal morbidity and mortality and by what mechanism.

The findings of the First Panel of Experts on Multivitamin Supplementation in Women of Fertile, Pregnant, and Lactating Age (13) noted the following:

I wish to conclude by pointing out that proper nutrition in gestation is indispensable for a good pregnancy and a healthy mother and newborn. Before formulating a multivitamin, the health professional must provide adequate and sufficient information to the pregnant woman about what her diet should be, which will vary with the woman’s phenotype, her medical history, age and parity, geographic location and food customs . Given the nutritional conditions of the pregnant woman, the need for vitamin supplementation will be defined, with special emphasis on folic acid and iron. However, ideally, this nutritional assessment and counseling should be done before the woman conceives.

* Written by Dr. José Pacheco, taken from the Peruvian Society of Obstetrics and Gynecology.