Inicio > What name would suit my baby?

What name would suit my baby? 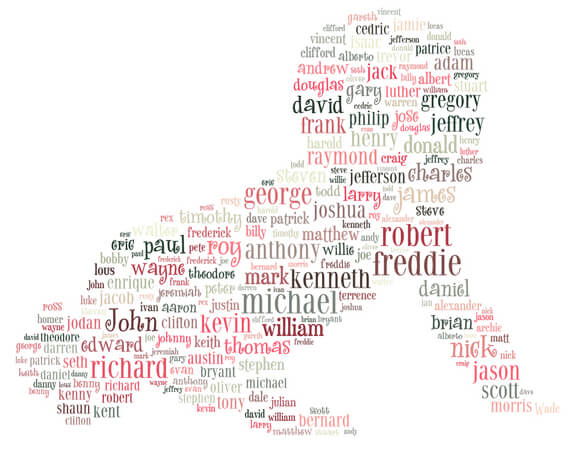 In your relationship are a couple are essential communication and prudence when choosing a name for your child.

Choosing the name of a person is one of the first acts of responsibility on the part of the parents, which requires balance, sobriety, simplicity, projection and good taste, according to each reality.

The fact of ‘naming’ the children is invariably to begin to trace paths in their life, good or bad. It is without a doubt, the first security deposit we deliver as parents. The name we carry is an extension of what we are and feel.

We could not say that there are nice or ugly names, convenient or inconvenient, because everything in life is relative. The perception of good and bad varies according to many factors: culture, geographical location, beliefs, socioeconomic stratum and time.

These same parameters influence the choice of children’s names. Some parents may be inclined to continue the ‘saga’ and to baptize their children with the same name that has led the family dynasty; Or be in accordance with the historical moment and put the name of fashion; Sometimes they put the name that they would have liked to carry; Others, give them the closest name to the heavenly, perhaps feeling sincerely that with this they are closer and more faithful to their beliefs; And thus in many ways, cemented in the mental structure of each one, we ended up putting the first brick of the personality of the children.

Whatever the reason that drives you to choose the name of your child, the most important thing is to be clear that they are other people, therefore independent, individual beings and that their lives will follow different paths to ours, which forces us To be sensible, balanced and consistent with their future.

Although the possibility of making mistakes is always latent, you should try to be the most objective, serious and projected when choosing the name of your child. One has to go to prudence, which is an excellent navigation chart in front of the children and always works, not only in the moment of deciding how they will be called throughout their life.